This report chronicles my first ever trip to Canada. I spent exactly 24 hours, border to border, and managed to give myself the highlights tour of Vancouver, British Columbia in a single day. I will not claim to be a Vancouver tour guide any time soon, but I did pack in a full day of sightseeing around town. On a 24 hour initial visit to Canada, I saw as much as you could possibly hope for and had a blast in the process.

When moving to Seattle, one of the first things I did was look up how far away I was from Canada. That answer is about two hours by car north on Interstate 5. I immediately sent off my passport for renewal. Living in Seattle you are constantly reminded how close you are to Canada because all of the interstate road signs point the way for you. Seattle is so close to Canada that the next "interstate worthy" city to the north is Vancouver, British Columbia. I love that fact - and I still smile every time I pass one of those signs on the interstate. 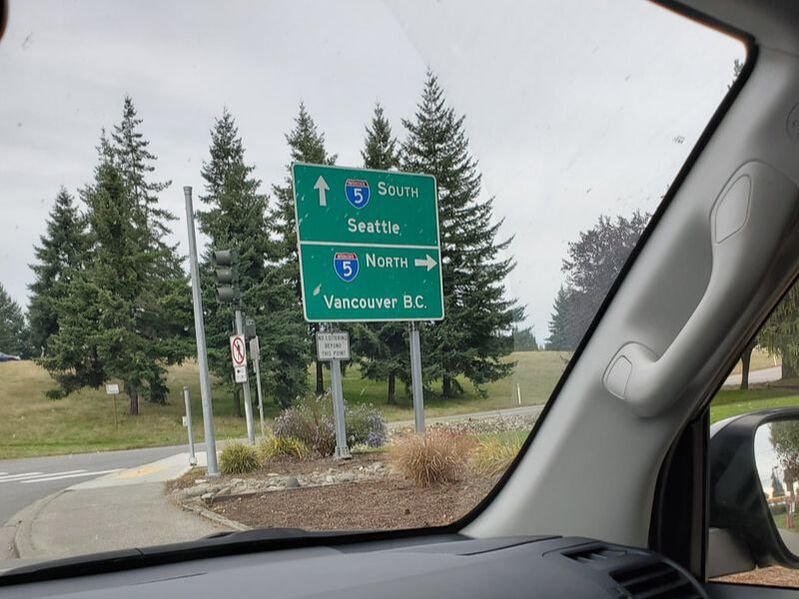 When my renewed passport arrived in the mail it was mid-week, maybe Tuesday or Wednesday. I immediately thought "hmm, what am I doing this weekend?". Of course now I am going to Canada! I decided to head up to Vancouver, British Columbia on Saturday morning for a quick over night trip and return home on Sunday.

​The main Interstate 5 border crossing is at Peace Arch, just north of Blaine, Washington. By car the interstate simply runs into the border crossing and you queue up in lines for the Canadian checkpoint. On my way into Canada I was lucky and only had to wait about 30 minutes to get through the border. However, on my way home the next day, I waited nearly two hours at the border to return back into the US. As you can imagine, it is very common for the border crossing to get backed up on high traffic weekends or holidays. If you have ever flown internationally and gone through customs at the airport, the border crossing review process is very similar (just from the comfort of your car). 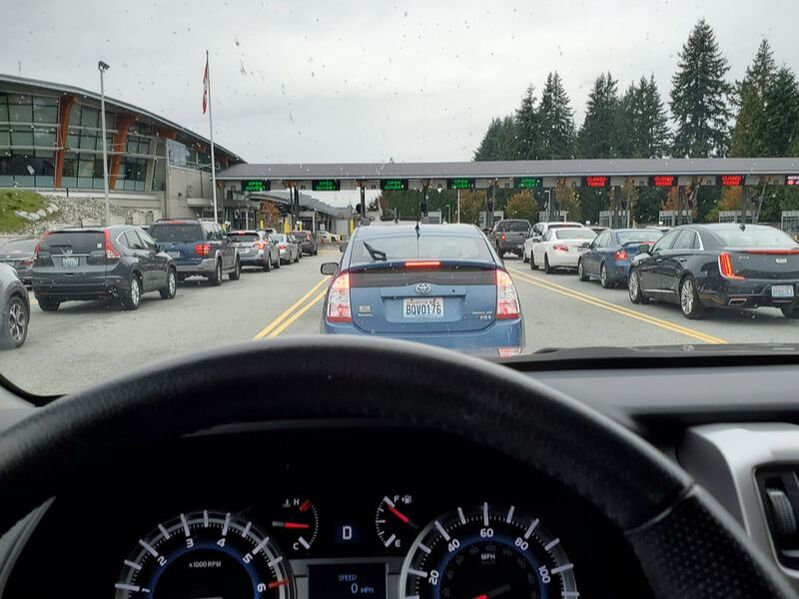 Once I passed the border crossing into Canada a few funny things happened. Well, actually, I had a few interesting observations throughout the entire trip. In my excitement that Canada was only two hours away, I had forgotten that Canada is actually a foreign country. For some reason I thought that I would just drive up to Canada, as if I was going to a neighboring state in the United States. It really feels that way when you drive in your personal car two hours across the border. It is such a different experience than flying to an international country half way around the world. I managed just fine (having traveled in 12 international countries), but there were a few laughable moments along the way.
After settling in to my hotel in downtown Vancouver I headed out walking around town. My first stop was for lunch before touring through the Chinatown district of the city. ​I continued walking to the Vancouver Harbor area on the northern side of the city and wandered along the waterfront for awhile out to Stanley Park. Next, I called a cab and headed to the opposite, southern side of Vancouver and out to Granville Island. I browsed around the island's market area, stopped for a few beers in Granville Brewing, and found a hole-in-the-wall pizza place for dinner. The next morning I considered exploring more around town, but decided to head directly back to Seattle. Ultimately, this was a good decision as I ran into the long back up at the border and did not get home until late afternoon. It was a fast, but fun weekend. I mean how many people can say they just ran up to Vancouver, Canada for a night?! Pretty cool indeed.
Chinatown
Vancouver Harbor
Granville Island