Spring snow scramble season is in full force.  When my Mountaineers alpine scrambling group asked "want to summit Mount Ellinor on a Thursday"...how could I say no?

Mount Ellinor (5,944) is clearly visible from Seattle (the left-most peak on the Olympic Range skyline).  From the top you are treated with excellent views of Lake Cushman, the Hood Canal, the interior of the Olympic range and four volcanoes on the horizon (Glacier, Rainier, Adams, St. Helens).  Add to that about 1,500 vertical feet of adrenaline pumping glissade on the way back down!  Couldn't have asked for better weather and a great day off work for a Thursday summit!​ 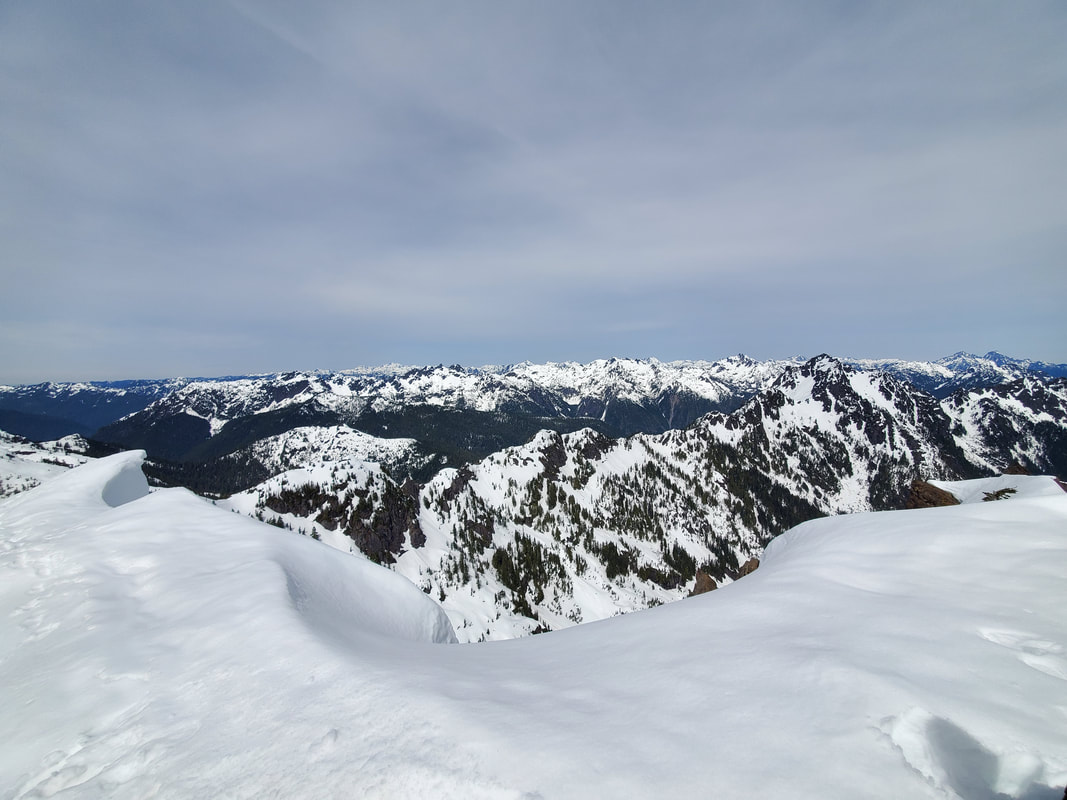 Scramble Up: Starting at the Lower Mount Ellinor trailhead we headed up a forested trail that became increasingly snow covered.  Just shy of two miles we exited the forest into the alpine and headed up the winter scramble route to Mount Ellinor (which is different from the summer trail route).  Looking up ahead now you could see the snow covered gulley that we would climb and glissade back down.  We geared up to climb the gulley with our ice axe, gloves, helmet and micro spikes.  After a steep climb we reached a flat bowl area where we paused for a quick snack before the final summit push.
At the Summit: From there, the last push to the summit was quick and easy.  The small, snow covered summit was just large enough for our group to spread out and take a break.  We rested, had a snack, and soaked in the views for awhile.  The 360 degree scenery was truly amazing.  Mount Washington was in our face.  The Olympic Range was laid out before us.  Four volcanoes on the horizon.  I truly felt like I had now summited my first remote peak!
Glissade Back Down: To get down off the mountain the conditions were perfect for glissading!  We connected together multiple glissade chutes from the summit down to the tree line for about 1,500 vertical feet of glissading.  Check out the video below which shows me coming down one of the smaller/shorter glissade shoots and practicing self-arrest at the end.  At the end of the glissade runs we had an easy forest trail walk back to the trailhead.  All around can't beat this Thursday off work - with great weather, great views, and a great people! 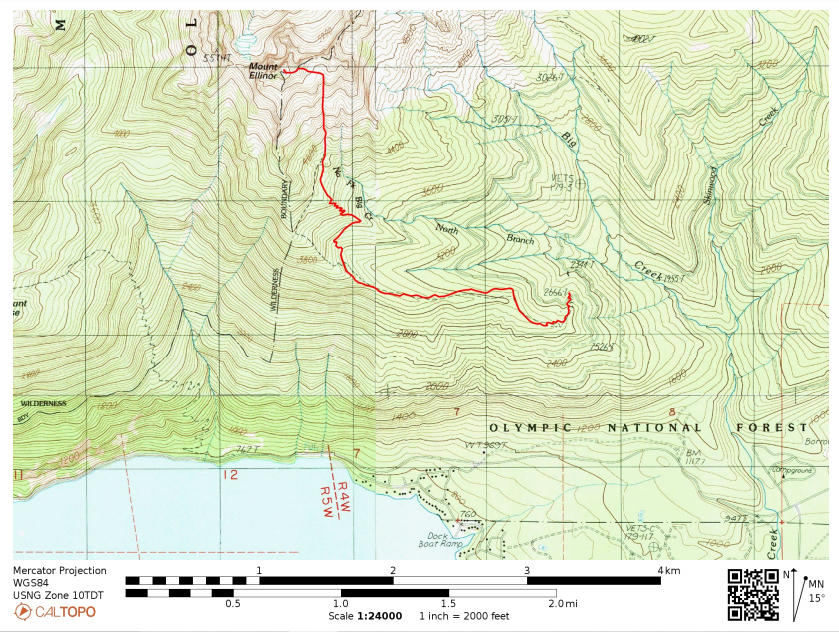